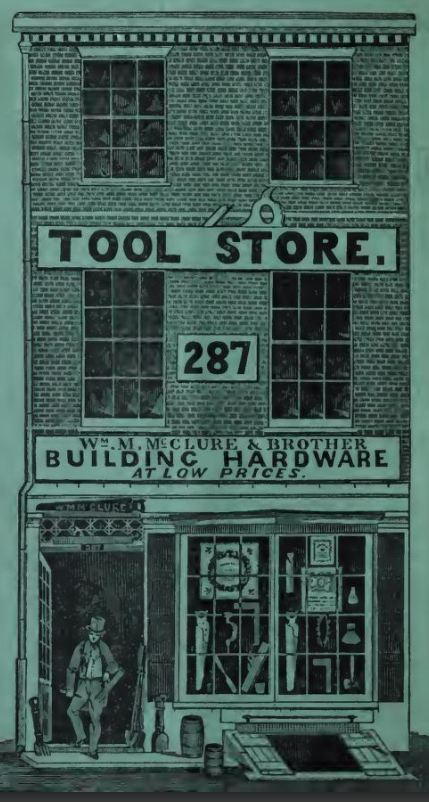 Things have gotten a lot better. They weren’t bad, really its just surprising how the woodworking juggernaut keeps plowing forward all of this time. It would be interesting to take a novice woodworker born after 1990 back in time to shop for tools at a retail woodworking store of that era. Okay, it wasn’t the dark ages by any means, but compared to the overwhelming selection of excellent equipment (of all sorts) available today our time-traveling beginner might experience some disappointment.

During the 1990’s, I spent several years working at a retail woodworking store. We supplied an impressive range of tools for the time. The high-end hand planes we carried then were British Cliftons and some of the first wave of Lie-Neilson tools, as well as the German products of Emmerich and Ulmia. It made a pretty compelling display for folks who were used to shopping at Home Centers and the local hardware. Nova Lathes were making their appearance then, as well as the Record CL…the Conover lathe was still available and there was a pretty solid line of turning tools from Sorby to go with them. Of course the Unisaw on display was seldom seen outside of a commercial cabinet shop and was a very impressive piece of equipment for those of us who grew up familiar with our dad’s Sears or Montgomery Ward table saw. And then there were the Ulmia workbenches from Germany; built along traditional lines, massive and solid.

At that time it was easy to get overwhelmed when you first encountered these big ticket items, all of them assembled in one convenient spot and accepting all major credit cards…

That store was located near a large urban center which still enjoyed some prosperity from big industry and its dependent suppliers. As a result, some customers walked in with the dollars in their pockets smoking. Many were beginners who had just been bitten by the woodworking bug…they had been thumbing through the available magazines of the time, and of course watching Norm on PBS. (Yes, and Roy too…look, I consider myself a member of team Underhill, but my practical retail experience forcefully demonstrated to me that it was the creations of producer Russ Morash that added the rocket fuel to the nascent woodworking revival).

A typical Saturday at the store and it is twelve o’clock noon. This is the local PBS air time for New Yankee Workshop. Time ticks by to twelve thirty and…they’re off! The phone begins ringing and doesn’t let up, sometimes for as much as an hour. Whatever device, tool, stain, finish, sand paper or hair gel  Norm had used in that week’s episode, people wanted it… and they wanted it Now.

I had the opportunity to meet Norm around that time and hear him give a good talk, seemed like a pretty decent fellow…and he knew well of the influence that the show had on woodworking tool sales. We sold a lot of Porter Cable plate joiners on Saturday afternoons.

Okay, I got a little off track…

I am less of a capitalist than a perfectionist. This often causes me difficulties. The upside for a customer was when they walked into that store I wanted them to get the best bang for their buck; the most accuracy, power, convenience and long term usefulness that their budget would allow. I advised the practical over the sexy. This came as result of my own missteps and impulsive purchase decisions, or ones that I had seen others make.

Novice woodworkers could be visibly disappointed (at best) when I first steered them towards the measuring tool aisle. I made my best sales pitch on the merits of accuracy and squareness…while the client mumbled “yeah, yeah” gazing across the store wistfully at the 8 inch jointer or 15 inch planer. And we carried really cool looking measuring tools: Bridge City, Starrett and some of the Ulmia German squares which were pretty snazzy in their own Teutonic fashion.

I suppose that what I was pushing the woodworking equivalent of your Mom telling you to eat-your-vegetables.

They would wander over to the display of Sorby mortise or paring chisels or the bench chisels with the sexy London Pattern boxwood handles…..and then I would coax them over to the understandably less glamorous Sharpening area. At least the Japanese stones came in colorful and interesting boxes.

When I began my woodworking adventure, I remember that I was surprised and disappointed to learn that both power and hand tools needed set-up and sharpening to work accurately…so I was sympathetic to others starting out. I couldn’t blame them if they thought I was just trying to up sell them a bunch of accessories. The best sales tool that I had was Mark Duginske’s video “Mastering Woodworking Machines”. We carried a good selection of the Taunton and other woodworking videos and even had an area where you could preview them. I would ask a customer if they had the time to sit down and watch the video. This always served both of us well. The customer gained solid, practical and objective advice from a respected authority and not just from some guy trying to sell them equipment. They could buy with more confidence and understanding and at the same time realize that I had their best interests motivating me. A well served customer returns to buy again and many of mine did. We did not work on commission so it didn’t matter if we sold you a spring clamp or a band saw, we made the same wage.

Amazing is a word that has been thoughtlessly overused of late and one that I hesitate to employ, but it is how I would describe the proliferation of high quality woodworking tools and equipment available today.  Half of my pay in the 90’s stayed at the store with the equipment available at that time…I’d be flat busted if I worked in such a place now, being the enthusiastic beginner I was back then. Equally impressive is the proliferation of instruction available to students today. Yes, the quality certainly varies, but on balance those interested in the craft are well served by the media now available.

This site uses Akismet to reduce spam. Learn how your comment data is processed.